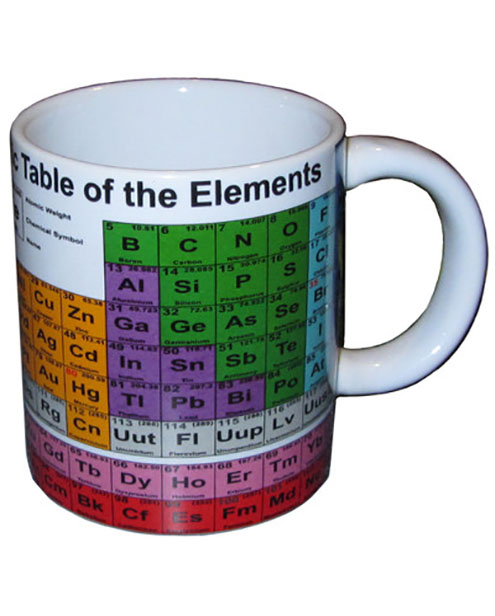 Keep the elements close at hand with this colourful and handy Periodic Table mug.

The Periodic Table is a systematic arrangement of the elements in order of increasing atomic number. The atomic number refers to the number of protons in the nucleus of an atom.

The table is arranged into numbered rows (periods) and columns (groups).

The first 98 elements exist naturally and the rest have only been created in the laboratory.

The Russian scientist Dmitri Mendeleev is generally credited with the design of the Periodic Table. He used it to map those elements known at the time and also to predict elements that had not yet been discovered.

There are no reviews yet.