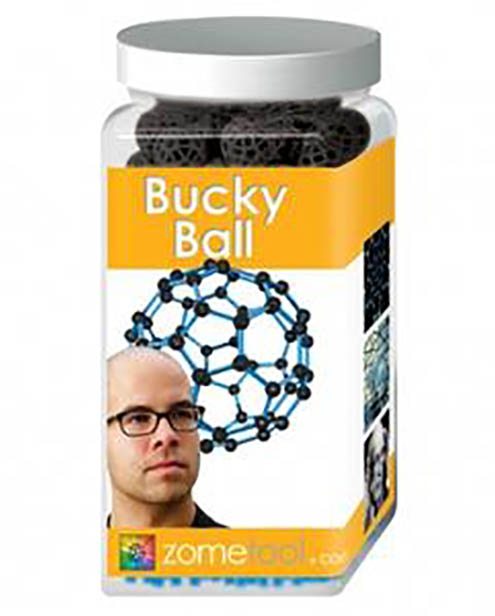 The shape of the future. In nanotech, materials science, electronics, medicine? Carbon Buckyballs are what’s next.

The shape of the future. In nanotech, materials science, electronics, medicine? Buckyballs are what’s next.

Carbon is an amazing element which can take many forms; famously diamond, coal and graphite. In 1985 a new form (allotrope) of carbon, C60, was discovered; it was named the Buckminsterfullerene in honor of R. Buckminster Fuller because the shape of the molecules resembled Fuller’s Geodesic Domes.

Predicted by Eiji Osawa in 1970, the 1985 discovery of the C60 molecule won Harold Kroto, Robert Curl and Richard Smalley the 1996 Nobel Prize in Chemistry.

It also gave birth to a new field of chemistry, given to the exploration of fullerenes.

With potential applications spanning the gamut from electronics, superconductivity, drug delivery, nanotechnology and more; Fullerenes are an exciting part of a future that by today’s tech standards seems downright magical.

Build the molecule that ignited a revolution which, ready or not, is coming your way.

There are no reviews yet.